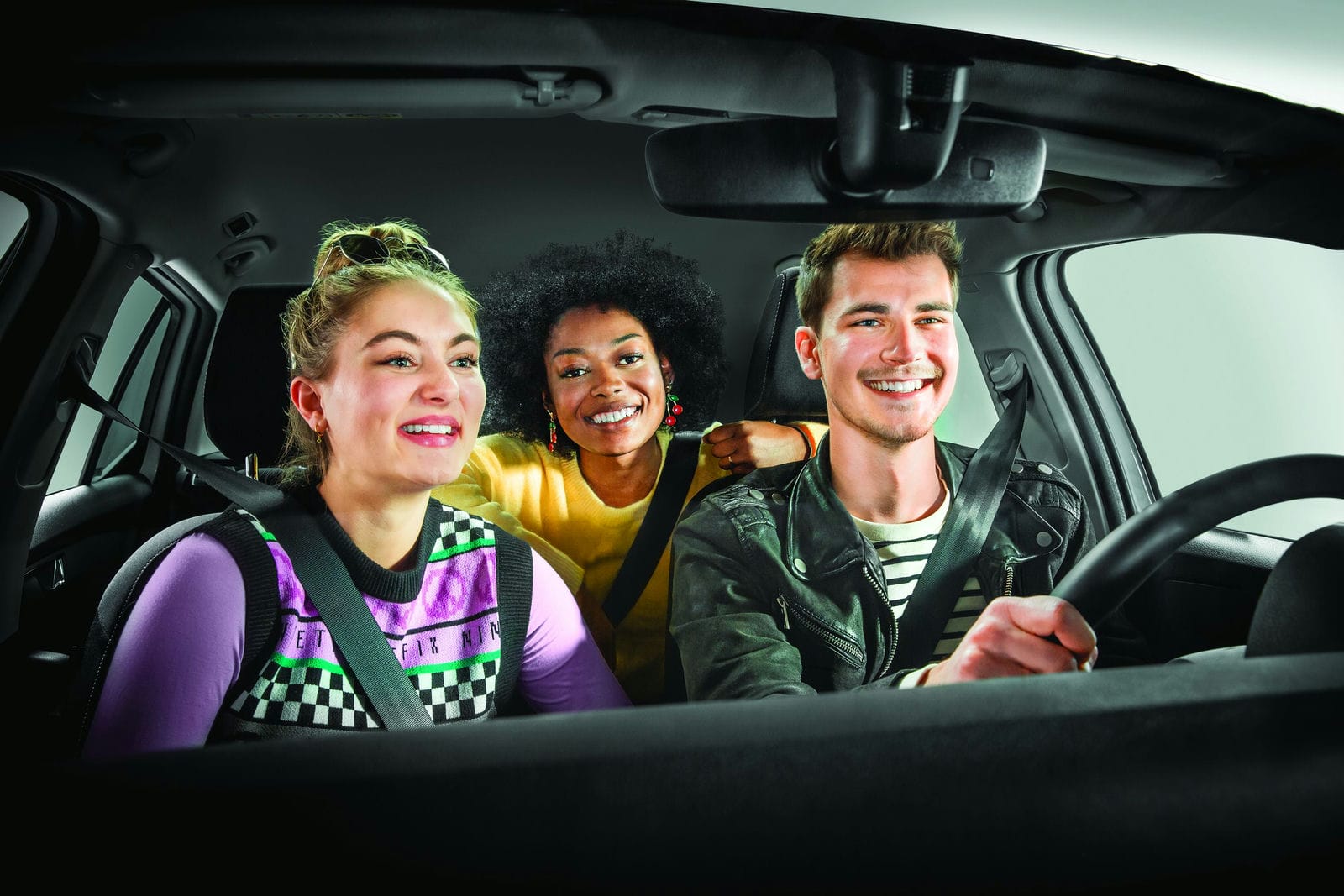 Young people between the ages of 18 and 24 have been among the high-risk groups in road traffic for years. The comparatively high accident rate – in relation to their share of the total population – is due on the one hand to an often greater willingness to take risks, but on the other hand also to inexperience and the often still incompletely developed ability to recognize dangerous situations at an early stage and react appropriately. “In order to counteract this in the truest sense of the word, so-called feedback systems in the vehicle should therefore be increasingly considered”, says Dr. Thomas Wagner, head of the department of officially approved centers for the assessment of fitness to drive at DEKRA in Germany. “These systems support information processing and help to avoid risky driving behavior by monitoring driving style and providing targeted feedback”, adds the experienced traffic psychologist. The DEKRA Road Safety Report 2022 “Mobility of Young People” also highlights the benefits of feedback systems.

Excessive speed, careless overtaking, disregarding the right of way, distracted driving, driving impaired: Every year, accident statistics from many countries underscore the particular susceptibility of novice and young drivers to risky behavior at the wheel. “Lack of experience in vehicle handling, inadequate hazard assessment and the still poorly developed ability to store knowledge in the brain about the interrelationships of the human-vehicle-environment system are key characteristics of novice drivers”, DEKRA expert Dr. Wagner points out. The expertise of experienced drivers develops after the successful driving test only over time in the constant confrontation with the demands of road traffic. This makes the use of feedback systems all the more important, especially in the initial phase, he says.

“Feedback systems help filter out environmental information that may be relevant to the driving task”, explains the traffic psychologist. This helps anticipate developing hazardous situations, he says. The systems are user-centric, continuously collecting and analyzing data and providing real-time feedback to the driver. Two different types can be distinguished: attention-activating feedback systems on the one hand and full monitoring systems on the other.

Attention-activating systems focus on specific behavior – they act predictively and respond by alerting the driver when certain risks occur, such as fatigue, insufficient distance from the vehicle ahead, or excessive speed. An example could be the threat of the driver falling asleep and the associated warning to take a break. Full monitoring systems also monitor the driver’s behavior, but only analyze it retrospectively and then provide feedback. Safety-relevant factors, such as acceleration, speed, line guidance, distances to the vehicle in front, and the like, are also recorded.

From this raw data, situations are analyzed that could represent (safety-) relevant events, for example sudden braking or lane departure. Based on certain threshold values, a decision is made as to which situation at which point in time a risky driving maneuver occurred. This data is collected, summarized, and then reported back to the respective recipients. These can be the drivers, a family member such as a parent, or even the vehicle’s insurer. Insurance companies sometimes use such information to set rates. The drivers concerned thus have a monetary incentive to be demonstrably particularly safe on the roads with their cars, and road safety can be increased overall. Parents, on the other hand, can use the feedback to provide tips on how to improve their children’s driving behavior, as they are usually more experienced in traffic. Drivers themselves also learn from the feedback which driving behavior was safe at which point in time or where risks arose in order to avoid them in the future.

Reduce inhibitions about using feedback systems
“However, feedback systems can also be associated with negative expectations and fears that stand in the way of widespread use”, cautions Dr. Thomas Wagner. These include concerns about data protection and privacy, as well as personal independence, lack of trust and limitations of the technology, so that the circle of users has so far been rather limited. Not without reason, young drivers fear that the systems could be used as tools for parental monitoring and punishment. Monitoring is also seen as curtailing the independence gained as a driver. Further, there is a fear that the relationship with parents may suffer. The biggest hurdle, however, is cost. Parents concerned about their children’s driving safety are more likely to be willing to install the necessary devices.

To address these barriers and reduce inhibitions about using feedback systems, it is recommended that the technical requirements for installing and using the systems be improved and simplified. Simple operation via an app and a clear user interface are just two examples.

Similarly, the role of parents needs to be clarified. They should aim to improve driving behavior rather than punish young drivers. “Ultimately, parents also need motivation for their role; they need to be involved in this process in a similar way to accompanied driving”, says Dr. Wagner. Data protection and the protection of young drivers’ privacy are also especially important, he adds. The collection of data must be transparent for everyone involved, he says: What information is being collected and for what purpose? Only necessary and safety-relevant data should be collected. GPS data, for example, should be collected but not shared with parents, otherwise there is a risk of surveillance. Another possibility for establishing feedback systems that should not be underestimated is legislation. It could set sensible framework conditions, for example the mandatory use of feedback systems as part of driver training or during a probationary period in terms of driver’s licenses.

Background information on the subject and much more can be found in the current DEKRA Road Safety Report 2022 “Mobility of Young People”. It is available for download online at www.dekra-roadsafety.com. All previous reports can also be found there, including additional content such as moving images and interactive graphics.