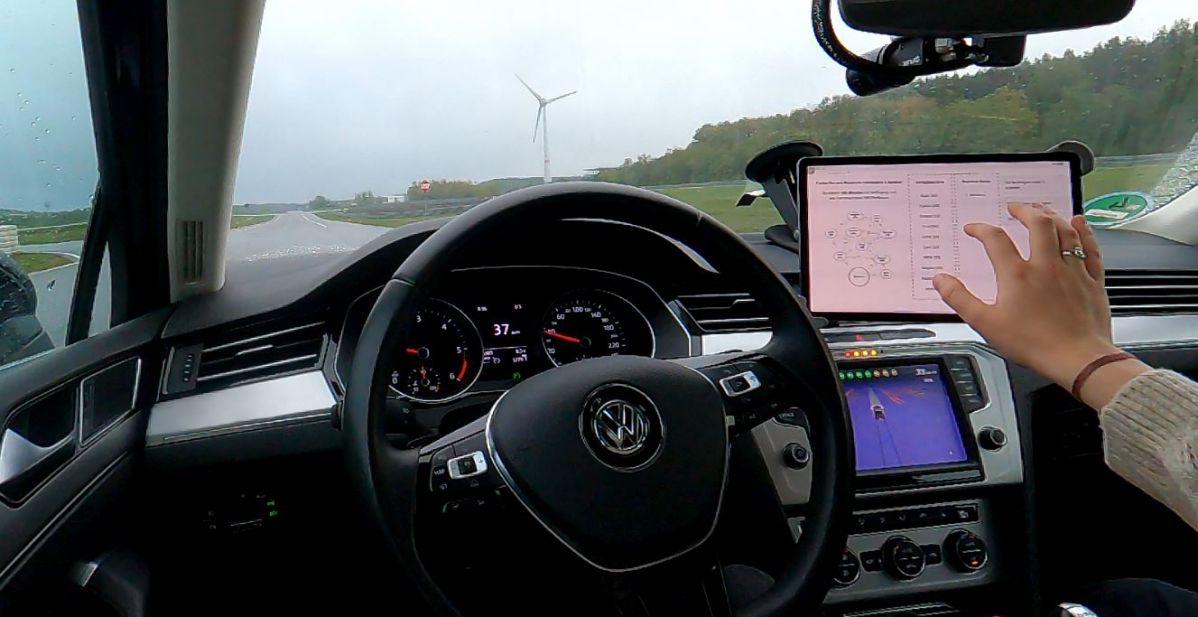 Multitasking Has Its Limits

The introduction of highly automated and fully automated driving systems in cars will change the role of the driver in future. In certain circumstances, the driver is allowed to perform a secondary activity, but only on the condition that they take over within a matter of seconds if requested to do so by the system. However, what if there were a potentially critical situation and this request never came? A study on this topic conducted by DEKRA and Dresden University of Technology (TU Dresden) shows that humans are limited in their ability to multitask. “That is why the technical maturity of automated driving functions must meet the strictest of requirements. It is imperative that any systems that are approved do not, under any circumstances, expect the driver to suddenly take over,” said Dr. Thomas Wagner, Traffic Psychologist and Head of DEKRA’s Assessment Centers for Driving Suitability.

In December 2021, the German Federal Motor Transport Authority officially approved the first vehicle system for highly automated driving (Level 3) in Europe. In the future, drivers of vehicles featuring this particular traffic assistant system will be allowed to “avert their attention away from the traffic and vehicle control” (Section 1b, German Road Traffic Act) on freeways and similar roads – although only if traveling at 60 km/h or less and subject to various other conditions. Yet the driver also has to “remain alert”, to enable them to take over at any time if requested to do so by the vehicle system, or if they realize “that the situation no longer meets the requirements for the appropriate use of the highly or fully automated driving functions.”

Traffic psychologists at DEKRA and scientists from the Chair of Engineering Psychology at TU Dresden conducted a study to assess whether it is possible to avert one’s attention from the control of a vehicle and simultaneously remain alert and be able to quickly intervene in the event of an error. “Even with a pre-warning of a few seconds, it is quite challenging for a human to switch from passively monitoring to actively reacting to the system’s request,” said Dr. Wagner. “Drivers have to quickly take stock of the situation and system status, make crucial decisions within a matter of seconds, and turn them into appropriate actions.”

The study conducted by DEKRA and TU Dresden centered around the following question: What would happen if faults occurred in this new kind of human-machine interface? “We focused on evaluating how capable the driver would be in taking over in the event of faulty system warnings,” said Dr. Wagner. “A faulty warning could be a ‘false alarm,’ where the system asks the driver to take over even though there is no danger, or a ‘silent alarm,’ where the system fails to ask the driver to take over despite a takeover being necessary.”

Field study at DEKRA Lausitzring
The researchers recruited a pool of almost 90 people to take part in the field study from among students at TU Dresden and the Senftenberg University of Applied Sciences, and via public networks, of which 36 ultimately took part in the test drives. The participants were not told about the real background to the study. On average, the participants had been in possession of a class B driver’s license for around eight years, were between 19 and 48 years of age, and had gained approximately 9,400 kilometers of driving experience per year.

For the testing, the vehicle used was modified to be a prototype for networked and highly automated driving. Its systems enabled highly automated driving with full takeover of longitudinal and lateral control on a previously run-in route. The test subjects drove around the circuit at the DEKRA Lausitzring several times, keeping to a speed limit of 50 km/h. They were accompanied by a qualified DEKRA safety driver, who was able to intervene if necessary by braking. The lead experimenter was also present in the back and pressed a button at predefined points along the route to trigger different takeover scenarios. Various driving dynamics data, such as steering movements, braking force, and driving speeds, was transmitted and saved to a computer in real time for evaluation.

“False alarm” and “silent alarm”
The experimenter triggered one false alarm and three silent alarms during each test drive. In the former, the vehicle sounded a takeover warning, even though the situation was not actually critical. “The three silent alarms applied to driving over a stop line with a stop sign, slowly drifting over to the opposite lane, and performing a sudden evasive maneuver to avoid an erroneously detected obstacle,” said Dr. Wagner. All four takeover scenarios were triggered after the test subject had already driven around the circuit several times without encountering any unusual events.

Some of the test subjects had the task of monitoring the automated drive passively and intervening if they deemed it necessary. Another group was asked to perform a visually demanding secondary task on a tablet installed in a fixed position in the vehicle during the automated drive. The takeover was evaluated as successful if the driver managed to perform the right takeover maneuver before reaching the potential collision point.

Results of the test drives
Overall, the takeover after a false alarm proved to be relatively unproblematic. All of the test subjects – in both the experiment group who had the tablet task and the control group who did not have a secondary activity – succeeded in taking over control of the vehicle. “It was different with the silent alarm,” said DEKRA expert Dr. Wagner. “Participants in both groups had considerable difficulty in taking over control of the vehicle. However, the number of unsuccessful takeovers was around double in the group that had the secondary activity in all scenarios.”

This means that, for the most part, the factor of a secondary activity reduces the probability of a successful takeover when there is a silent alarm. However, the researchers also noticed that even the test subjects without a secondary activity sometimes had considerable difficulties with the takeover. Depending on the scenario, in the experiment group with the tablet task, between 58 and 89 percent of the test subjects were unsuccessful in their takeover attempt after the silent alarm. In the control group, it was between 24 and 61 percent. “We were surprised that in this group, where there was no secondary activity, over 60 percent of participants were unsuccessful in their takeover attempt when driving over the stop line, and more than 30 percent were unsuccessful when drifting out of lane,” said Dr. Wagner.

Research gap
The DEKRA experts and TU scientists think that there is a substantial research gap with respect to silent alarms: Less than ten percent of research published so far on this subject concerns “disengagement situations”, i.e., system failure due to a fault. “Even though the silent alarms issue is probably the most safety-critical aspect of highly automated driving, it is vastly underrepresented in existing research,” said Dr. Wagner. “We must discuss the issue of whether it is even possible for humans to safely perform a secondary activity while paying a minimum level of attention to the driving system and the traffic, which is what the law, for example in Germany, currently stipulates,” warned the expert.

DEKRA will continue to contribute to this field through further research as well as technology.